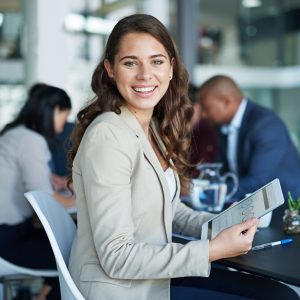 Posted by Steven Forth

How do models of economic value such as Economic Value Estimation (EVE) compare with financial measures such as return on investment (ROI)? Some people think of them as being interchangeable, three letter acronyms that are some kind of economic or financial measure. In fact they are distinct and serve different purposes. Used together, they complement each other and can help buyers and sellers make better decisions.

Corporate finance departments use various measures of return on investment to ensure that the organization’s financial resources are being used wisely. There are always many things one could spend money on – marketing wants to invest in a new lead generation campaign, sales wants to provide a discount to bump quarterly figures (a discount can be seen as a kind of investment), production needs a new waste disposal system to meet environmental goals, HR wants to train in new capabilities. Demands on capital are endless and companies need some way to reduce all of these competing needs to a common figure so that they can be compared and the most worthy investments (those with the highest return) made first. ROI is best used when comparing things that are so different that no direct comparison is meaningful. And when used to make a decision about the future, these are at best guesses – there is no guarantee that the hoped for return will be realized.

.Homogenizing measures such as ROI are less useful when choosing between alternative solutions. They do not reveal how value is created or show what the alternatives are. And as they are estimates they are easily subject to false precision (as one of our customers says, “one can spend a lot of time being precisely wrong when it is more important to be directionally right.” This is where economic value models such as those introduced by Tom Nagle come in.  These are described more fully in his book, with John Hogan, The Strategy and Tactics of Pricing (a new edition will be coming out in March of this year). An economic value estimation (EVE not EVA) differs from an ROI calculation in that (i) it is relative to an alternative and (ii) the value of a specific solution is composed of an undifferentiated value (the components of value where the two alternatives offer the same functional benefits) and differentiated value. The differentiated value is broken out into components called value drivers, each of which is a specific, quantified impact on the user’s business model. There are value drivers for revenue, costs, capital investment and operating capital. Value drivers can be positive, when the solution being modeled has differentiated functional benefits that the alternative lacks, or negative, where the alternative has advantages. In Figure 1 a typical value model, created using LeveragePoint for Value Management is shown, with its components called out.

Trying to use ROI to choose between similar alternatives is a mistake. Homogenizing measures are not precise enough to make meaningful discriminations about future outcomes. Differentiating measures that help one to compare alternatives in terms of specific functional benefits and their economic impact are much more powerful because they help one to understand exactly how the return is going to be achieved. This does not mean that ROI has no place in purchasing decisions. An ROI should be estimated in order to see if any investment at all should be made. Most companies have ‘hurdle rates’ for any major expenditure, an estimated ROI that needs to be achieved before investment is made. And a value model is an important tool in preparing to calculate an ROI. The value model shows where the return will come from and helps the buyer to compare alternatives. Without this understanding, the ROI is just a shot in the dark.